In this tutorial we will walk you through the basics of Clandestine and Covert Online Operations for the purpose of gaining a tactical and strategic advantage over your friends and enemies including your company and organization’s competition for the purpose of getting the upper hand in upcoming negotiation acquisition of “know-how” through Talent Management and Technical Collection proactively positioning you your company and organization including your nation as a prominent Offensive Cyber Warfare Power in today’s modern Information and Data-driven World.

I’ll also provide practical examples in case you’re on a possible acquisition spree or might be interested in what would a company or an individual in question do next?

The main type of Offensive Cyber Warfare Operations include:

Do you want to learn more about clandestine and offensive Cyber Warfare operations including possible OSINT methodology and trade-craft? 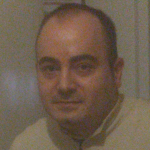 UAE – Where Money Pays – Do You Want to be a Cyber Warrior?

You may have missed

Exploring the “Let’s Name and Shame Them” Intelligence Community Mentality – Keep it coming?

Proactively Digging in the U.S Cyber Warfare Realm – And How You Can Perform Better?